The Plague of Doves / Billy Peace

Billy Peace is the younger brother of Maggie Peace. After Maggie Peace becomes pregnant, Billy goes by John Wildstrand’s house to defend his sister’s honour with a jammed gun. Billy is seventeen at the time. Corwin was probably born in the early 1950s, which means that Billy born around 1935, a year or two after his sister Maggie.

John convinces Billy that it is a good idea to kidnap Neve, John’s wife, and keep the ransom money from the bank to provide for Maggie. Billy is the kidnapper, but his innate charisma makes Neve fall in love with him. Afterwards, he joins the army and becomes religious, starting a religious sect known as the Kindred.

He marries Marn Wolde with whom he has two children, Judah and Lilith (later Nola). He also has an extramarital daughter with LaRose Peace, Emmaline. Becoming more and more violent and paranoid as a religious leader, Marn grows tired of him and kills him with the venom of one of her snakes. 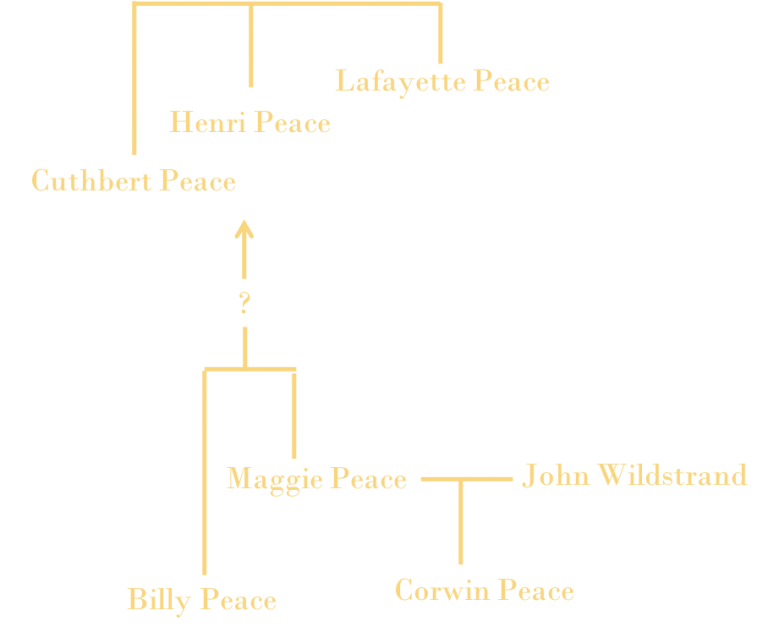