The Plague of Doves / John Wildstrand

John Wildstrand is a descendant of Eugene Wildstrand (probably his grandson). In the fifties, he was married to Neve Harp whom he had kidnapped by Billy Peace to get the ransom money from the bank to provide for his girlfriend Maggie Peace after impregnating her. His plan goes completely wrong and he ends with nothing. He flees to Florida after it is revealed that he kidnapped his own wife, but is brought back. Antone Bazil Coutts is his lawyer during the court case.

Considering that he was much older than Maggie Peace, he must have been born somewhere in the early 1920s, making him around thirty-five when he has his affair with the nineteen-year-old Maggie. 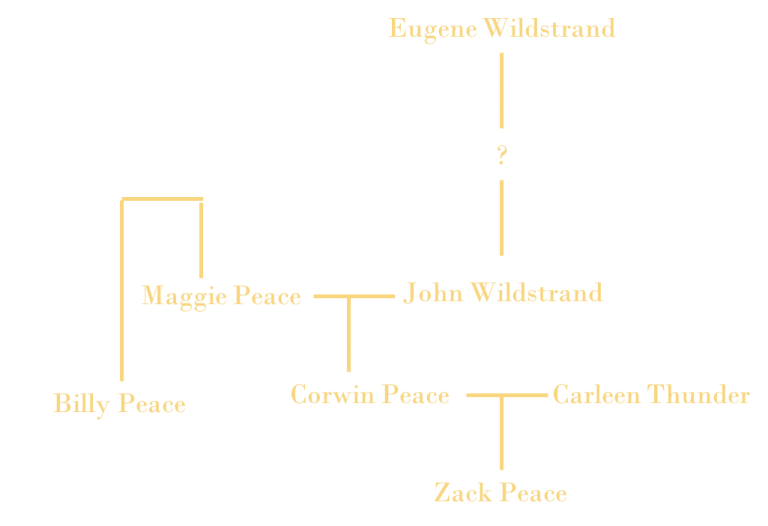