Junesse is the daughter of Eugene Wildstrand, but she grew up with her abusive aunt. In 1896, around eleven or twelve, she met Mooshum and they both ran off to the South Dakota badlands where they lived together for a summer until they were adopted by Mustache Maude Black and her husband Ott. They live with Maude for six years until they are old enough to marry.

When they return to the reservation and build a house on Mooshum’s allotment, they have two, but probably three children, Clemence, Geraldine, and Whitey (it is never explicitly mentioned, but Whitey is probably Junesse’s son). Somewhere in the first half of the twentieth century, Junesse dies, but it is never explicitly stated when this is. 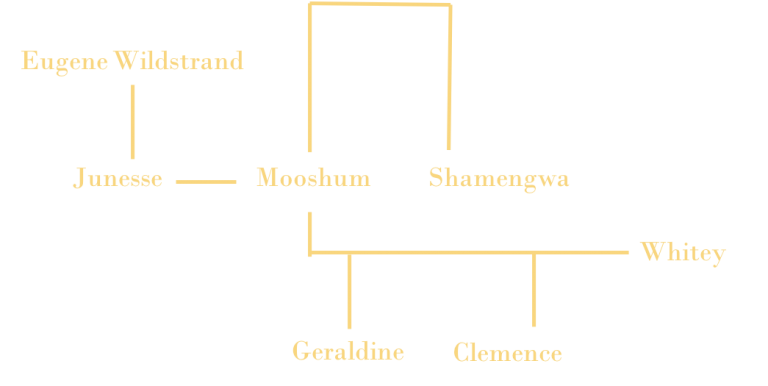