The Plague of Doves / Marn Wolde

Marn Wolde is a woman who has a close spiritual connection to snakes. She was swooned by Billy Peace at a young age. Initially, they roam the country until they return to her parents farm and start the Kindred, a religious sect with Billy as its leader. Billy and Marn have two children, Judah and Lilith (later Nola).

Her husband becomes increasingly violent and possessive. Marn, through her connection with her snakes, turns into a snake herself and poisons Billy with the venom of one her snakes. Billy dies and Marn escapes from the Kindred. She goes to the 4-Bs where she used to work. Afterwards, she is not heard of again.

The oak tree from which the four Native Americans are hanged in 1911 stands on Marn family’s land and it turns out that her own uncle, Warren, was the murderer of the Lochren family. 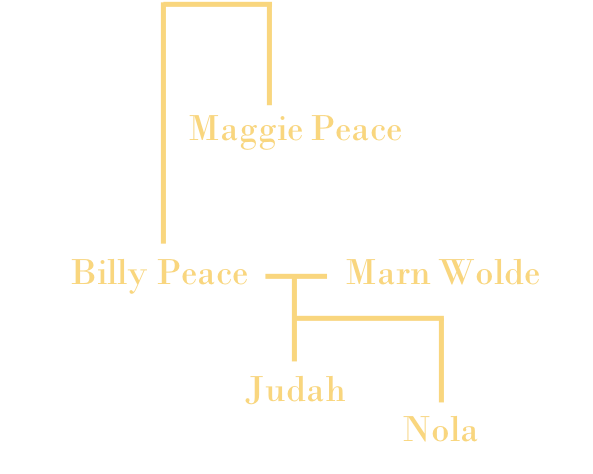