The Plague of Doves / Severine Milk

Severine Milk is the oldest son of Joseph Milk and half-brother of Mooshum and Shamengwa. He was the priest of Saint Joseph from at least 1896 until his death in the early 1960s. It was Severine’s plan to get the whole community together to drown out the plague of doves. Initially, his own half-brother Mooshum helped him in church, but Mooshum runs off with Junesse for six years. This was in 1896, so Severine was probably born somewhere in the early 1870s or late 1860s.

Severine is buried on the Pluto Cemetery in a grave marked by white-painted brick. 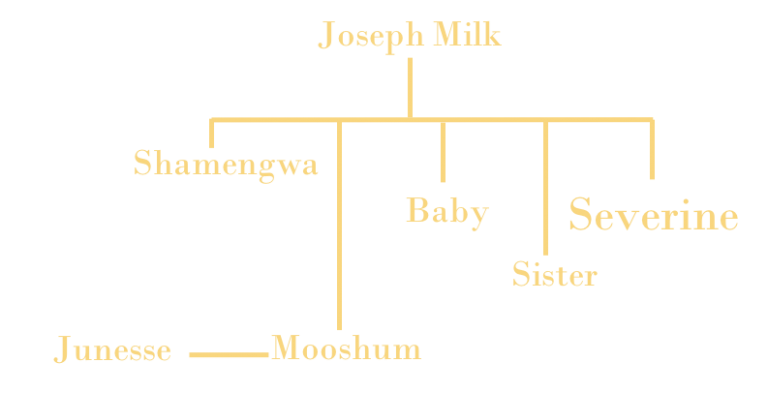