The Plague of Doves / Edward Harp

Edward Harp is the son of Murdo Harp, a banker. Edward is a science teacher and married to Clemence Milk with whom he has two children, Evelina and Joseph. Unlike his wife, Edward is sceptical of Catholicism, but still goes to mass regularly with his wife.

In the early seventies, Edward has an car accident in which he loses his valuable stamp collection. He had planned to sell it and retire, but this plan is now in ruins.

In the eighties, he is still a science teacher and sometimes takes care of his nephew Joe, whose mother had been assaulted by a man from outside the reservation. He helps his brother-in-law Antone with looking for the attacker and is part of the group who go up to the rapist’s house to beat him up. 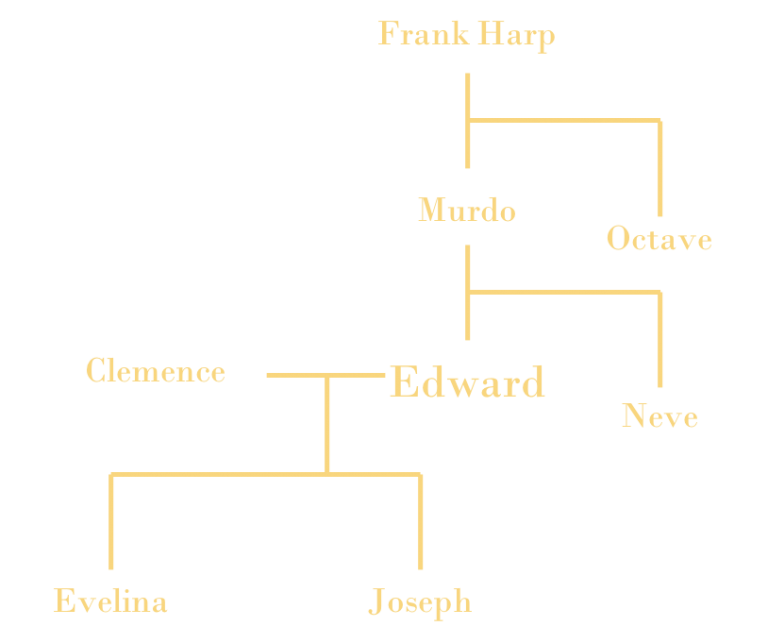