The Plague of Doves / Evelina Harp

Evelina is the granddaughter of Mooshum Milk. In her youth, she spends most of her Summers horseback riding with her brother Joseph and listening to her grandfather’s stories. She was twelve in the early sixties, so she was probably born around 1948-52.

Evelina knows herself as someone who falls in love easily, something taken advantage of by Nonette who is a patient at the State Mental Hospital where Evelina is an intern in the early seventies. Overcome by emotions and isolation, she ends up in the hospital as a patient after a mental breakdown (and after reading too much of Anaïs Nin’s diaries).

In the eighties, she has moved off the reservation, though she visits her parents and grandfather regularly. In the summer of 1988, for instance, she and her brother help bake the cake for Mooshum’s birthday. Her nephew Joe, son of Geraldine, often sleeps in her old room when he stays over at auntie Clemence. 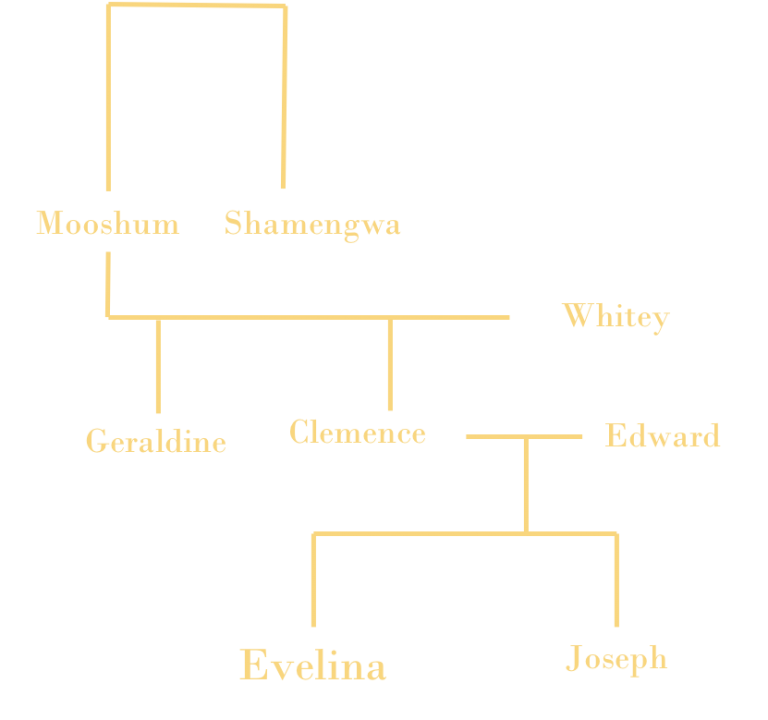