The Plague of Doves / Murdo Harp

Murdo, son of Frank, was a ruthless banker who was very disappointed that his son Edward did not become a banker himself. Later in life, he lives in the Pluto Nursing Home where he was occasionally visited by John Wildstrand who was married to his daughter Neve.

In 1928, when his brother Octave tried to get out of the country with the money from the bank to buy a very valuable stamp, Murdo follows his brother to New York and persuades him to come back. He restored most of the money that his brother had taken and secured the accounts of his clients, saving the bank. He took over from his brother as the bank’s president after Octave committed suicide. 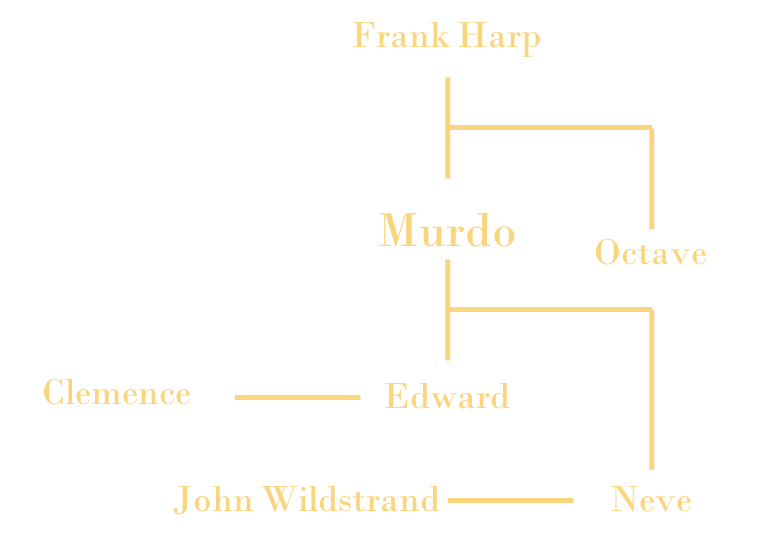