The Plague of Doves / Neve Harp

Neve Harp was married three times and kidnapped once, and—in the words of her friend Cordelia—”survived all four events.” Her second husband was the banker John Wildstrand who once had her kidnapped to keep the ransom money for himself. John was having an affair with Maggie Peace and had impregnated her. He planned to give her the ransom money and had her brother, Billy Peace, kidnap her.

Later, in the 1960s, she lives alone and is described by her niece Evelina as that “annoying aunt.” Neve considers herself the town historian. She receives a lot of love letters from Mooshum who is in love with her.

In old age, she befriends Cordelia Lochren in the Retirement Home and realises that her brother Edward managed to take the most valuable stamps from their uncle’s stamp collection (which he subsequently lost in a car accident). 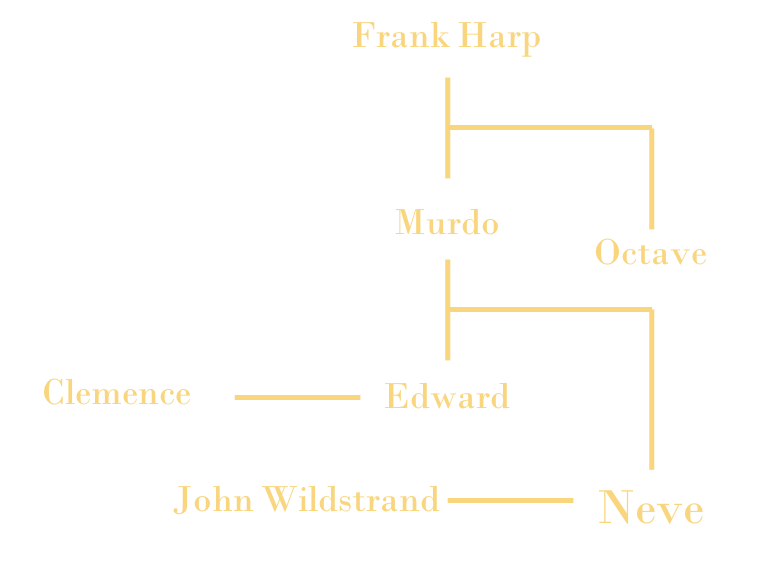