The Round House / Clemence Milk Harp

Clemence Milk Harp is the oldest daughter of Mooshum and Junesse Milk. She is married to Edward Harp and has two children, Evelina and Joseph. When her daughter Evelina is in her early twenties, Evelina has trouble connecting with her mother, because she feels her mother was never much more than just a backdrop in the household, cooking and cleaning.

When the children leave home, Clemence spends most of her time caring for her elderly father, Mooshum and dealing with his mischief. After the assault on her sister in the summer of 1988, Clemence tries to help by making food and taking care of Joe when needed. She lives down the road from her sister. Despite the faltering piety of her family members, she is a devout Catholic.

Older than her sister, Clemence was probably born around 1930, making her about fifty-eight in the summer of 1988. She could not be much older or younger, because her father Mooshum was forty-six in 1930, and her daughter Evelina was born somewhere between 1948-52. 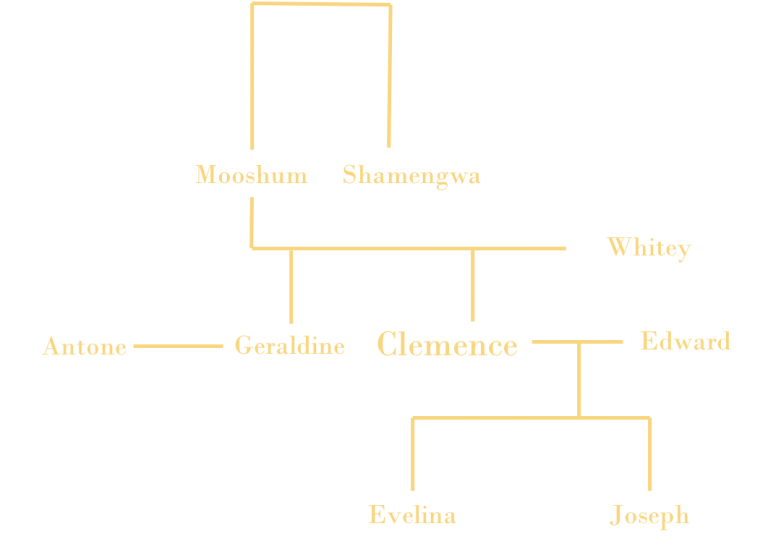