The Round House / Geraldine Milk Coutts

Geraldine is the youngest daughter of Mooshum and Junesse Milk, probably born somewhere around 1932-35. She is close to her older sister Clemence and lives in the old house of her parents out on her father’s allotment. In youth, she fell in love with Roman, a man who had come by on a train and walked back sixty miles from the next station to see her again. They carved their initials on the back of a snapping turtle they found in the lake.

After Roman died in a car accident, Geraldine became very cynical about love until she met Antone Bazil Coutts, whom she marries in her early thirties, around 1965. She thinks she cannot have children and she and Antone become the foster parents of Corwin Peace in the seventies.

In the eighties, Geraldine works at the tribal offices. She is responsible of keeping track of all the people who live on the reservation. Geraldine became pregnant of Joe in 1975, even though she thought she was unable to have children.

In the summer of 1988, Geraldine does not come home from an errant and turns out to have been attacked by a rapist, who later is revealed to be Linden Lark, a man whose family lost their fortune due to Geraldine’s husband, Antone Bazil Coutts. Over the course of the summer, Geraldine retreats to her bedroom, slowly learning to cope with her trauma. 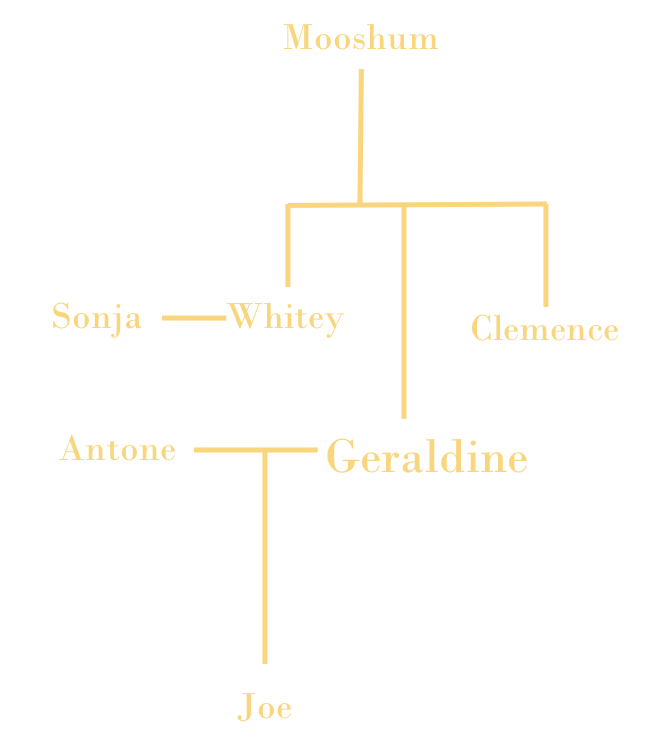