The Round House / The Plague of Doves / Uncle Whitey

Whitey and Sonja Milk run the gas station on the other side of the town of Hoopdance, on the old allotment of his uncle, Shamengwa. Sonja is described as a “tall, blonde, weather-beaten ex-stripper” who works the cash register of the gas station. Whitey is a fan of Janis Joplin and likes reading pulp thrillers.

In addition to the gas station, Whitey and Sonja keep two horses, a pony, and three dogs. Whitey has multiple sons from an earlier marriage and Sonja has a daughter, London, whom she seldom sees. Whitey and Sonja’s relationship is intense and sometimes turns to domestic violence.

It is unknown how old Whitey and Sonja are exactly, but Sonja is said to be quite a lot younger than Whitey. Considering his father’s age, Whitey was probably born somewhere between 1930 and 1940, making him 48-58 in 1988. At the end of summer, 1988, Sonja leaves Whitey.

Twelve years later, in 2000, Snow and Josette Iron work for Whitey who now also takes cares of Sonja’s daughter, London, though it is not clear whether Whitey and Sonja ever reconciled. 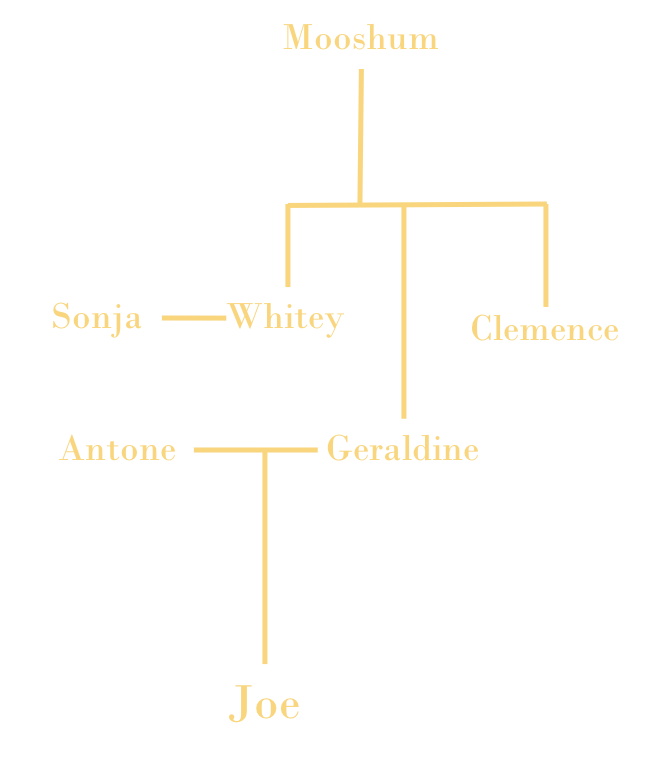